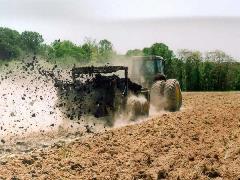 The US Environmental Protection Agency (EPA) Office of Inspector General (OIG) is raising new concerns over the practice of land applying biosolids, issuing a report criticizing the biosolids program office for failing to adequately assess and communicate the potential risks associated with the pollutants the OIG has found in biosolids.

The November 15 report states that EPA's controls over land application are incomplete or have weaknesses and may not fully protect human health and the environment.  Specifically, OIG raised concerns over the fact that EPA lacked data or risk assessment information on the safety of 352 pollutants the Agency has found in biosolids during its monitoring efforts over the past several decades. The Office of Water and the Office of Enforcement and Compliance Assurance, prepared a strongly-worded response to the OIG’s draft report, calling parts of the report “biased” and raising concern about the lack of scientific understanding in some of the statements made in the report. EPA’s biosolids office did agree with many of the recommendations from OIG, including the need to increase its risk assessment work and to conduct and complete their biennial reviews of the biosolids program on time.

NACWA is working with its partners in the water sector to make sure utilities are prepared should they get questions about the OIG’s report. While the report’s tone will fuel anti-biosolids groups, the OIG’s report did not uncover any evidence of actual harm to human health or the environment. The OIG report will likely press the Office of Water to dedicate more resources to the biosolids program, and in the long run NACWA believes this will benefit the biosolids program by building up additional documentation of the safety of the practice. More details about the OIG report are available in the Advocacy Alert NACWA sent the membership when the report was released.