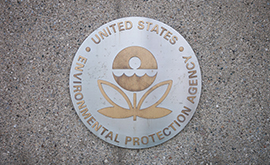 (December 12, 2017) - After facing severe proposed budget cuts, the Senate Committee on Appropriations has proposed restoring fiscal year (FY) 2017 funding for EPA’s Water Security Division (WSD), within the Office of Water, for FY2018.  The House of Representatives approved legislation to fund the WSD for FY2018 at only a portion of the FY2017 level, and the House and Senate will now negotiate a final FY2018 spending bill.

NACWA collaborated with the Association of Metropolitan Water Agencies (AMWA), the Water Environment Federation (WEF), the American Water Works Association (AWWA), and the National Association of Water Companies (NAWC) to produce a joint letter, dated December 6, 2017, which urges Senate and House appropriators to restore FY2017 funding for the WSD.

WSD provides a wide variety of tools, training, and information to improve the resiliency and emergency response of the water sector.  Each year, WSD trains over 5,000 utilities, state officials, and federal emergency responders to improve the sector’s preparedness and response to natural and manmade hazards.  WSD coordinates closely with the water sector associations, the Water Sector Coordinating Council (WSSC), and federal agencies such as the Department of Homeland Security (DHS) and the Federal Emergency Management Agency (FEMA).

The water sector associations have been advocating for preserving WSD funding through meetings and letters to Congress and EPA Administrator Scott Pruitt.  Contact Cynthia Finley, NACWA’s Director of Regulatory Affairs, for more information.