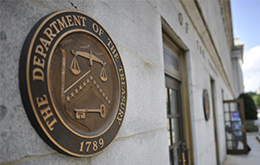 (October 10, 2017) – In a victory for NACWA’s members and the public clean water sector, the US Department of the Treasury announced on October 4 that it plans to withdraw proposed regulations on the definition of political subdivisions for the purposes of tax-exempt bonds. The proposed regulations would have added new requirements to be considered a “political subdivision” for purposes of issuing tax-exempt municipal bonds, and threatened to complicate NACWA member utilities’ access to tax-exempt bonds. In response to overwhelming comments from a variety of sectors, the Treasury explained that the changes proposed by the regulations would have been costly and burdensome, and would therefore be withdrawn.

NACWA, along with a coalition representing the municipal water and wastewater sector, submitted written comments in opposition to the proposed regulations on August 7 and May 23, 2016, urging IRS and the Treasury to rescind or substantially revise the proposed regulations.  NACWA also provided oral comments at a public hearing held by the IRS and the Treasury in June 2016.

NACWA’s comments focused on maintaining the authority of public clean water and stormwater utilities to issue tax-exempt bonds. The proposed rule would have created a more restrictive, less clear definition, and potentially harmed clean water utility access to funding from tax-exempt bonds. The Treasury proposed the revisions to target special districts that remain privately controlled and politically unaccountable but qualify as political subdivisions.  The revised language however, could have disqualified some clean water agencies from their long-standing access to tax-exempt municipal bonds used for lower-cost financing.