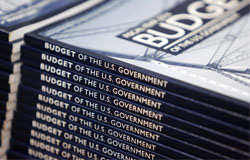 As anticipated, President Donald Trump signed the $1.2 trillion Omnibus spending package on May 5, keeping the government funded through September 30, the close of Fiscal Year (FY) 2017.  As reported in last week’s Current, Congressional leaders had negotiated an Omnibus FY17 spending package that maintained level funding for many of the public clean water sector’s most important priorities, and in some cases, actually increased funding.

NACWA applauds Congress and the Trump Administration on the bill’s passage, and looks forward to continuing to work together to ensure critical clean water programs are again preserved and supported in FY18. Given the significant cuts that have been proposed by the Trump Administration and some in Congress, the Association’s continued advocacy on federal appropriations is more important than ever.

NACWA thanks and commends its many members who are engaging with Congress –through meetings, plant tours, letters, and events like Water Week. These efforts are indeed “paying off”—as evidenced by the Omnibus’ funding of several Association priorities—and appear to be more important than ever moving forward.