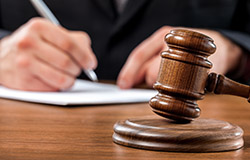 The EPA filed a brief on March 3 in federal litigation challenging the Agency’s approval of a general nutrient variance, defending the Agency’s actions in approving the variance and echoing NACWA’s position in the case.

In 2014, Montana promulgated numeric nutrient criteria (NNC) for phosphorus and nitrogen. Both EPA and the Montana Department of Environmental Quality (MTDEQ) understood that most National Pollutant Discharge Elimination System (NPDES) dischargers, including Publicly Owned Treatment Works, would be unable to meet the very low in-stream limits. Thus, at the same time MTDEQ submitted the criteria to EPA for approval, the State applied for a general variance. EPA approved both in February 2015.

In May 2016, the Upper Missouri Waterkeeper filed litigation against EPA seeking to have the variance approval overturned. Without the variance, all NDPES dischargers would be required to comply with the State’s low in-stream NNC causing significant economic impacts.

NACWA intervened in the case last October to ensure the variance approval is defended.  NACWA applauds EPA’s brief, which strongly defends the Agency’s approval of the variance. EPA argues that the plaintiff fundamentally misconstrues the framework for variances under EPA’s long‐standing regulations, which allow variances based on economic and social impacts as a tool to achieve incremental progress towards meeting long‐term water quality goals.

EPA further explains that MTDEQ identified the NNC as the highest attainable condition and adopted an authorized adaptive approach with an initial effluent condition, a requirement to complete an optimization study in the short term and future interim milestones to be adopted every three years based on new information as mechanisms to drive water quality progress towards the long-term highest attainable use (i.e., the NNC) through the course of the variance.

NACWA is scheduled to file a brief in the litigation in April.  See Litigation Tracking for more details on this case.