The Impact of RBG on Society, Environmental Law, and What Comes Next

Much has been, will be, and should be said about the life and passing of Justice Ruth Bader Ginsburg. Justice Ginsburg had a groundbreaking legal career, followed by thirteen years of service on the influential U.S. Court of Appeals for the District of Columbia and an impressive twenty-seven more as an Associate Justice on the Nation’s highest court - the second woman ever to hold that title. During all of which she was, in the words of Chief Justice John Roberts Jr., “a tireless and resolute champion of justice.”

An ardent supporter of persons with disabilities, immigrants, and minority communities, Justice Ginsburg is best known as being a pioneer for gender equality and an inspiration and standard-bearer to multiple generations of women in the workforce.

As a female attorney of less than commanding physical stature who has at times struggled to find my own voice among a sea of baritones, her loss seems personal in a way that has nothing to do with politics or voting records. I know many others who feel the same. Her fearlessness gave women the courage to speak out, and she unfailingly lent her own steadfast voice to all of us when ours wavered or went unheard. 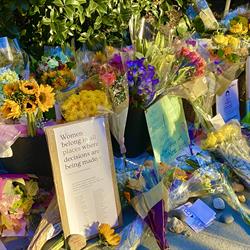 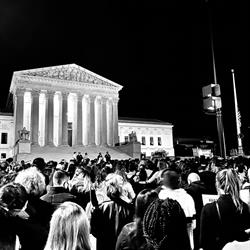 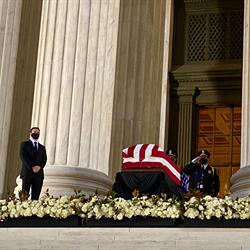 However, as Justice Ginsburg once said: “I spent no time fretting and found a way to do what I thought important to get done.” So while as a nation we mourn the passing of an iconic jurist, and women mourn the loss of one of our most tenacious advocates, it is important that we at NACWA consider what may come next for environmental jurisprudence and the critical work being done by clean water utilities.

Though not what she was most noted for, Justice Ginsburg unsurprisingly had a significant impact on environmental issues during her nearly 30 years on the Supreme Court. Easily confirmed 96-3 by the Senate as a “centrist,” her environmental record reflects her intellectual rigor and commitment to access to the courts.

In one of her most influential Clean Water Act (CWA) opinions, Friends of the Earth v. Laidlaw, decided in 2000, Justice Ginsburg wrote for a 7-2 majority to uphold the rights of private citizens to bring lawsuits in federal court directly against dischargers for violating CWA permits, even if those dischargers come into compliance over the course of the litigation. That decision notably found that citizens do not have to show “demonstrated proof of harm to the environment” to sue to enforce environmental statutes; rather, “the relevant showing is not injury to the environment but injury to the plaintiff.”

Justice Ginsburg also generally held a broader view of the authority conveyed to federal agencies under the CWA. In the deeply divided Rapanos v. United States (2006) decision, Justice Ginsburg sided with the four-Justice minority, which would have upheld as reasonable the government’s assertion of CWA jurisdiction over certain wetlands adjacent to tributaries of navigable waters. Likewise, in the recent County of Maui v. Hawaii Wildlife Fund case, Justice Ginsburg joined the 6-3 majority in holding that CWA permits must be obtained for certain discharges reaching navigable waters indirectly, such as through groundwater.

With respect to Clean Air Act (CAA) issues, Justice Ginsburg cast several critical votes, including in one of the most important environmental cases ever heard by the Court: Massachusetts v. Environmental Protection Agency (EPA). There she sided with the slim 5-4 majority, which historically held that the EPA has the authority to regulate greenhouse gasses under the CAA, thereby paving the way for EPA’s actions addressing climate change. Justice Ginsburg also penned opinions rejecting challenges to EPA’s program aimed at curbing interstate air pollution in EPA v. EME Homer City Generation (2014), and to EPA’s requirement that the state of Alaska do more to limit air pollution in Alaska Department of Conservation v. EPA (2003).

It is important to note, however, that despite being a member of the “liberal” bloc of the Court, Justice Ginsburg’s position on environmental issues was never a foregone conclusion. She was widely regarded as a fair-minded adjudicator who did her homework, and as Harvard Law School professor Richard Lazarus stated, “if she was not persuaded by a legal argument advanced by an environmental advocate, she would not hesitate to vote against it.”

For example, in 2011, Justice Ginsburg wrote the opinion of the Court in American Electric Power v. Connecticut, which rejected a major climate change lawsuit filed by states and environmental organizations against the U.S. energy industry in finding that the CAA displaces any federal common-law right to seek abatement of carbon-dioxide emissions.

Any new Justice will bring their own unique perspective to the bench. It is impossible to say what influence a successor to Justice Ginsburg will have on these and other environmental issues; indeed, given the small percentage of cases that are taken up by the Court, we do not even know what environmental questions the Justices will decide in the near future.

Moreover, even as the Court arguably continues to become more “political,” traditional “political” lines often get blurred when topics such as clean air and water are at stake, and Justices of all political persuasions have a habit of taking advantage of the independence granted by a lifelong appointment from time to time.

Still, it is fair to assume that the Court will likely weigh in on several of the “heavy hitting” items important to the clean water community in the coming years, including the scope of federal jurisdiction over the Nation’s waterbodies and EPA efforts to combat climate change. The general deference afforded by the judiciary to federal agencies in carrying out their duties under our environmental statutes and the standing of citizens to enforce those statutes are also topics that could come before the Justices.

On such issues where the Court is so closely divided, the replacement of Justice Ginsburg will undoubtedly have an impact. If nothing else, we know the world will miss out on some brilliantly written dissents.

Regardless of what comes next, however, one thing is certain: a voice as booming as Justice Ginsburg’s will echo throughout our jurisprudence - and the chorus of women she emboldened and championed - for years to come.

The views expressed in this resource are those of the individual contributors, and do not necessarily reflect those of NACWA.