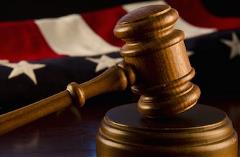 (April 2, 2019) - The U.S. District Court for the District of Montana issued a ruling March 25 in a case brought by environmental groups, which challenged EPA’s approval of Montana’s nutrient variance for municipal dischargers. The variance had been issued to 26 municipalities based on the determination that municipal treatment plants would not be able to afford to meet the Montana’s stringent standards for nitrogen and phosphorus.

NACWA intervened in the litigation in 2016 to protect the availability of water quality variances nationwide.

The court made a series of rulings on various aspects of the variance, many of which echo NACWA’s position in the case:

The court recognized that there are practical factors that may impede immediate compliance with the variance.  Therefore, the court is asking for guidance from the parties as to timing and scope of remedies to address the issues raised in the ruling.  The parties have been directed to confer in good faith, to try to reach agreement; if they cannot reach agreement, then the parties must submit briefs concerning remedies within 60 days after ruling was issued - by May 24, 2019.  In the interim, the variance is still effective.

While the ruling was overall very positive for NACWA and the Montana utilities, there is still the need to address the court’s apparent confusion around EPA’s variance rule and how the variance process actually works.  NACWA is conferring with all parties to determine the appropriate next steps and will continue to update membership on developments.  Contact Amanda Waters, NACWA General Counsel, with any questions.