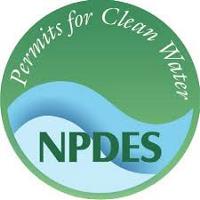 The provision with the most relevance for clean water utilities is a change to how different types of industrial users are reported on a permit application (40 CFR 122.21(j)(6)(i)). The revision is consistent with NACWA’s comments pointing out that the change would align the permit application with the pretreatment regulations. For new municipal discharges, EPA finalized a 24-month window for collecting data after commencement of a discharge - consistent with NACWA’s comments.

The most problematic provision from the May 2016 proposal would have given EPA regional offices the ability to take over administratively-continued permits for discharges they deemed to be environmentally significant. NACWA and other stakeholders objected to this proposal, raising questions over whether EPA had the authority to give the regions this power.

While EPA heeded the call not to include this controversial provision in the final rule, it and other deferred provisions may get picked up in another rulemaking and NACWA will continue to track EPA’s work.

Rule revisions deferred (not finalized) at this time include: