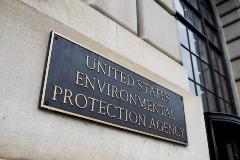 (February 19, 2019) - EPA’s Office of Enforcement and Compliance Assurance (OECA) released its annual report on February 8 covering its initiatives and actions for Fiscal Year (FY) 2018.  The report looks at several different criminal and civil enforcement “outcomes” including enforcement actions initiated and concluded, as well as penalties assessed.

The report reflects the Trump Administration’s embrace of cooperative federalism and a compliance-assistance-first approach. There have been memoranda and other indications of this change in enforcement philosophy over the last year; this annual report demonstrates how that philosophy is playing out.

For civil enforcement, there was a decrease in overall enforcement actions as compared to the previous nine fiscal years. Civil penalties assessed were lower last year than any fiscal year this decade and were drastically lower than the previous two years, but that was in part due to record penalties in the FY17 Volkswagen case and the FY16 BP oil spill settlement.

While enforcement is necessary in certain circumstances, NACWA has long advocated for a compliance-assistance-first approach in dealing with local governments and public utilities, which do not profit from noncompliance.  NAWCA has also advocated for a shift away from penalties as a primary metric of success.

Additional information on this topic includes: