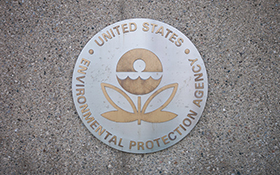 (February 6, 2019) - Within hours of getting back to work after the longest federal government shutdown in history, EPA released its Year in Review for 2018, which provides a high-level summary of the Agency’s accomplishments during 2018 across all of its programs. The document also includes accomplishment summaries for each of the ten EPA Regions.

In the Review, EPA points to 13 major deregulatory actions finalized during 2018 and 33 since President Trump took office, at an estimated savings of almost $2 billion in regulatory costs. In the water program summary, EPA touts the December 2018 release of its new proposed definition for Waters of the United States. It also highlights both major infrastructure funding programs – WIFIA and the State Revolving Funds—and the support those programs continue to provide for water and wastewater systems.

In terms of regulatory issues, EPA focuses on its work to address Per- and Polyfluoroalkyl Substances (PFAS) contamination, including the Agency’s National Leadership Summit, which NACWA participated in last May, and the forthcoming release of its PFAS Management Plan, which should be released soon.

While the current focus for work on PFAS—as noted in EPA’s Year in Review—is in the drinking water space, NACWA expects to see an increase in activity in the wastewater and biosolids areas during 2019. The Year in Review also includes a summary of accomplishments for the Agency’s enforcement program, which has received some recent criticism over the decline in monetary penalties assessed since President Trump took office, as well as efforts to improve the function of the EPA organization itself through a new EPA Lean Management System.