NACWA Concerned Over National Precedent Based on California Toxicity Policy 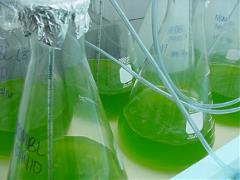 (January 8, 2019) - With encouragement from EPA Region 9, California is proposing a new policy for whole effluent toxicity (WET) testing that seeks to use the controversial Test of Significant Toxicity (TST), which was never subjected to public comment and released by EPA Headquarters years ago with no formal notice.

NACWA has been concerned about the TST since first writing to EPA in 2010, but the California policy would add legitimacy to the approach that could influence other states to follow suit. NACWA filed comments on California’s policy in December 2018, but NACWA is focusing its efforts on EPA Headquarters, which could still play a major role since it is the Agency’s guidance that outlines the use of the TST.

NACWA’s comments underscored the flaws in using the TST, the lack of study comparable to what the other WET tests and analytical procedures were subjected to, and general concern that the regulated community was never given an opportunity to review and comment on the TST.

Please contact Chris Hornback or Emily Remmel with any questions.