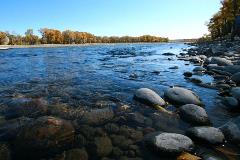 December 11, 2018) – EPA released a new proposed “Waters of the United States” (WOTUS) Rule that will clarify which waters are jurisdictional under the federal Clean Water Act (CWA).  Repealing the previous 2015 WOTUS Rule and issuing a new one has been a top priority for the Trump Administration.

While the exact details of the new rule are still emerging as of press time, a copy of talking points prepared in advance of the proposed regulation’s release suggest that it will narrow CWA jurisdiction from the 2015 rule, particularly related to ephemeral waterbodies and wetlands.  In an important development for the municipal clean water community, it also maintains existing CWA exemptions for municipal wastewater treatment systems and stormwater management systems.  These exemptions are critical for NACWA members, and the Association advocated strongly to maintain them.

During a briefing for stakeholders on December 10, Dave Ross, EPA Assistant Administrator for the Office of Water, confirmed that key exclusions for groundwater, stormwater management, wastewater recycling and wastewater treatment systems would remain and in some cases be further clarified. Ross noted that the rule will define for the first time the term “waste treatment system”, which could have important bearing on the scope of the exclusion. Ross also noted that a new exclusion would be added to clearly state that if a water is not included within one of the categories of jurisdictional waters, then it is specifically excluded.

NACWA is still reviewing the specifics of the proposed rule and will provide the membership with a more detailed analysis soon.  There will be a public hearing and a 60-day comment period once the rule is published in the Federal Register. But the Association is pleased that important, longstanding municipal exemptions have been maintained.  Any members with questions about the new regulations can contact Nathan Gardner-Andrews, NACWA’s Chief Advocacy Officer.