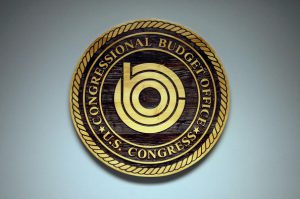 (October 23, 2018) - The Congressional Budget Office (CBO) has released a report, entitled Public Spending on Transportation and Water Infrastructure, 1956 to 2017, which provides information on spending by federal, state, and local governments for transportation and water infrastructure. The report highlights important trends. In addition to presenting data on outlays for various types of infrastructure, the reports also examine spending in terms of two broad categories—spending for capital and spending for operation and maintenance.

Among the data of note to clean water stakeholders:

Federal, state, and local governments spent $441 billion, categorized into six types of transportation and water infrastructure that are paid for largely by the public sector. That amount equaled about 2.3 % of gross domestic product. The largest component of that total, $177 billion, went to highways, followed by water utilities and mass transit and rail.

The CBO has regularly published a report that documents trends in public spending for infrastructure. In this latest report, CBO has updated the exhibits featured in previous reports through 2017, updating information that CBO released in 2015.