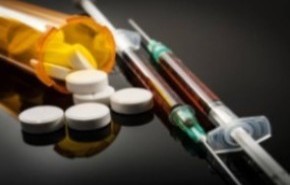 Lack of appropriate disposal options for leftover prescription and over-the-counter medications can lead to drug abuse and cause accidental poisonings, and medications that are flushed may pass through wastewater treatment facilities and be discharged into the environment.  Sharps that are flushed present a risk of injury for wastewater workers.  The laws passed in California, Washington, and New York require manufacturers of pharmaceuticals to create, fund, and participate in a statewide take-back system, with sharps also included in the California law.

Legislation to ban plastic microbeads in cosmetic products was first passed in cities and counties, followed by state laws, and finally a federal law.  The pharmaceutical take-back laws appear to be following a similar pattern of local laws followed by state laws, and the recent successes may be the start of a larger trend to hold pharmaceutical manufacturers responsible for the proper disposal of unused medications.

NACWA members with an interest in pharmaceutical and sharps take-back programs should contact Cynthia Finley, NACWA’s Director of Regulatory Affairs.