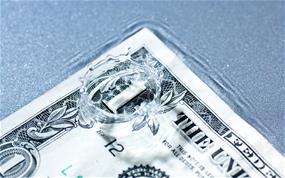 New legislation has been introduced led by Sens. Cardin (D-MD), Wicker (R-MS), and Stabenow (D-MI) to establish a pilot federal assistance program for water ratepayers. S. 3564, the Low-Income Water Customer Assistance Programs Act of 2018, fleshes out a concept proposed by NACWA several years ago, suggesting that – similar to the energy sector’s Low Income Household Energy Assistance Program (LIHEAP) – there may be a role for the federal government to offer assistance to communities and low-income ratepayers in paying water and sewer rates. Such assistance would reflect the fact that largely-unfunded federal mandates frequently drive wastewater rate increases, and that many communities are challenged in charging the true cost of service and compliance because of the inability of lower-income ratepayers to pay increased rates.

Marker legislation proposing this concept was first introduced by Rep. Fudge (D-OH) in 2016 (HR 2328 this Congress). A related proposal (S. 3015) was introduced by Sen. Harris (D-CA) earlier this year.

The newly-introduced legislation led by Sens. Cardin and Wicker is the first bipartisan effort, an important development for likelihood of success of any program over the long-term. In drafting the legislation, Congressional staff took significant efforts to seek input and buy-in from diverse water sector, environmental NGOs, and low-income advocate communities. NACWA aided in developing broad stakeholder engagement and provided input and feedback during the drafting process over the past year.

Under the proposal, at least 64 pilot communities would be selected for a 5-year grant which would direct federal funding to assist low-income households in paying their water and sewer bills. Priority in choosing the 64 pilots would be given to communities and utilities that have a history of significant rate increases, obligation under a federal clean water consent decree, and the ability to provide local or State matching funds.

The legislation also would require a balance among the geographic location and size of communities selected. Small/rural communities selected for a pilot program would work with their States on grant implementation. The proposal would require a report to Congress on the outcomes of the pilot grant program. It would also require EPA to conduct a needs assessment to address water and sewer rate issues across the United States.

NACWA is coordinating a joint letter of support for the legislation with other supporting organizations, including AMWA, WEF, ASCE, APWA, and others. Contact Kristina Surfus, NACWA Legislative Director, to discuss this proposal further.
Back To Top
When autocomplete results are available use up and down arrows to review and enter to select.