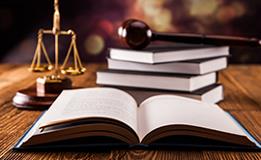 (October 2, 2018) - NACWA filed a brief on September 28, along with a coalition representing the clean water sector, supporting Member Agency the Maui County Department of Environmental Management in its petition for writ of certiorari to the US Supreme Court.

The County is asking the Court to review a February 2018 Ninth Circuit decision in a case addressing whether and when conveyance of pollutants from a point source through groundwater to Clean Water Act (CWA) jurisdictional waters triggers the requirement for a National Pollutant Discharge Elimination System (NPDES) permit.

NACWA’s brief argues that the Ninth Circuit’s decision is at odds with the statute’s text, structure, and history; that the decision has the potential to substantially increase the number and type of sources subject to the NPDES requirement; and that the decision is at odds with decisions of other circuits on the issue such that whether or not an NPDES permit is required depends on the location of the discharge rather than the text of the statute.  The brief urges the Court to review the case in light of the regulatory uncertainty inherent in the Ninth Circuit’s “fairly traceable” standard, and the need for municipal utilities to prioritize projects with the greatest environmental benefit.

Adding to the argument that the Ninth Circuit’s decision is at odds with the decisions of other federal appellate courts, the Sixth Circuit Court of Appeals on September 24 issued two decisions in which it soundly rejected the “fairly traceable” and “direct hydrologic connection” theories of liability.

In both Kentucky Waterways Alliance v. Kentucky Utilities and Tennessee Clean Water Network v. Tennessee Valley Authority the Sixth Circuit rejected the theory that an NPDES permit is required where pollutants are discharged through groundwater that conveys them to navigable waters, explaining that in that instance “[the pollutants] are not coming from a point source; they are coming from groundwater, which is a nonpoint-source conveyance.”  As the court explained, groundwater itself cannot be a point source because of its diffuse nature, and as a result “[t]he CWA has no say over that conduct.”

The court went on to emphasize Congress’ clear intent to reserve power over discharges to groundwater to the states, focusing on the Act’s specific purpose to “recognize, preserve, and protect the primary responsibilities and rights of States to prevent, reduce, and eliminate pollution, [and] to plan the development and use ... of land and water resources.”