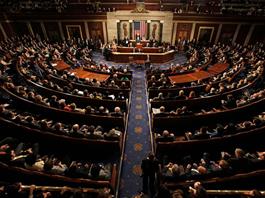 (October 2, 2018) – With the federal government now funded into the beginning of the fiscal year, the House has adjourned until after the November mid-term elections. The Senate is expected to remain in DC throughout much of October to complete additional legislative items and nominations for judicial Administration posts.

Last week, the House passed an appropriations package that included a continuing resolution (CR) to temporarily fund federal agencies, including the US Environmental Protection Agency (EPA), that have not yet received appropriations from Congress for Fiscal Year 2019 (FY19) through December 7.  The appropriations package, which already passed the Senate and the President has signed into law, funds the EPA at current levels and provides Congress time—after it returns to Washington, DC in mid-November—to pass a full year bill.  NACWA and its water sector partners are continuing to urge Congress to ensure that the final FY19 appropriations measure provides strong federal funding for clean water infrastructure investment.

Concurrently, Representatives Jeff Denham (R-CA) and John Garamendi (D-CA) plan to introduce bipartisan legislation to modernize and provide flexibility for National Permit Discharge Elimination System (NPDES) permit terms under the Clean Water Act. Specifically, the bill provides the EPA, or a delegated state with the discretionary authority, authority to provide a permit term of up to ten years.   NACWA joined several partners in the water sector in a sending a letter of support on the legislation.

As early as this week, the Senate could vote on the Water Resources Development Act (WRDA), S. 3021, which passed the House by unanimous vote on September 13.  NACWA continues to urge the Senate to swiftly pass the WRDA package—which contains a number of key priorities for the drinking water and clean water sectors—and send it to the President’s desk for a signature.

Finally, any potential passage of the 2018 Farm Bill will be on hold until at least mid-November, as the House left Washington without resolving significant policy disagreements with the Senate.  As a result, the Farm Bill expired on September 30.  The Senate and House intend to keep negotiations going over the next several weeks in order to bring a final conferenced bill up for a vote before the end of this Congressional session.

NACWA will continue working with the conference committee throughout the fall to ensure final inclusion of several key clean water priorities, which are contained in both the Senate and House versions of the Farm Bill.  NACWA also encourages members to reach out to their respective Senators and Representatives, including those not on the conference committee, to advocate for inclusion of clean water priorities—such as those NAC WA outlined in a recent letter to the Senate Committee on Agriculture—in the final Farm Bill.