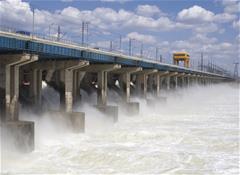 (September 11, 2018) – The House and Senate released proposed compromise language late on September 10 for the 2018 Water Resources Develop Act, which is now being call the America’s Water Infrastructure Act of 2018.

The bill contains some important water infrastructure priorities that NACWA has been advocating, including increased authorizations for the Water Infrastructure Finance & Innovation Act (WIFIA) program, a new program to help bolster financing for the State Revolving Funds (SRFs), and renewed authorization for the Combined Sewer Overflow grants program.

There is also language in the bill that advances a pilot program for EPA to work with utilities on developing water workforce training programs, including an authorization of $1 million for each of the next two fiscal years to support grants for water workforce programs.  Additionally, the bill would create a federal task force to examine how municipalities can better fund local stormwater programs.

Notably absent from the proposal was language advocated by NACWA and other municipal groups to codify Integrated Planning concepts into the Clean Water Act and direct EPA to update its affordability guidance.  NACWA is current working with key congressional offices to determine why this language was not included and explore other avenues to advance these important statutory changes during this Congress.  We will keep the membership updated on developments.

House and Senate leaders had hoped to move the bill this week, although a shortened Congressional work week this week due to anticipated impacts of Hurricane Florence may delay those plans.  Any members with questions about the bill can contact Kristina Surfus or Jason Isakovic, NACWA’s Legislative Directors.