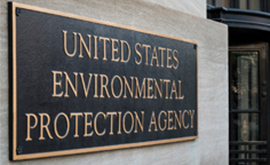 (August 28, 2018) – The head of EPA’s enforcement office issued a letter last week announcing the Agency’s plans to change its National Enforcement Initiatives program into a National Compliance Initiatives program, signaling a great focus from EPA on providing compliance assistance as an alternative to enforcement in certain situations.  This change echoes recent calls from NACWA for a “compliance assistance first” approach by EPA in appropriate circumstances, and the Association applauds this move by the Agency.

The memo from Susan Bodine, Assistant Administrator for the Office of Enforcement and Compliance Assurance (OECA), to EPA Regional Administrators and senior staff notes that part of the shift to a national compliance program is to better communicate that compliance is OECA’s ultimate goal, and that increased enforcement actions are not the only tool for achieving this goal.

The memo also suggests that, starting in Fiscal Year (FY) 2020, the previous National Enforcement Initiative on municipal sewage and stormwater will cease being an identified priority and instead become part of OECA’s general core programs.  The memo notes there has already been significant progress in addressing these compliance issues.

According to the memo, EPA will begin the process of developing its FY 2020 – 2023 National Compliance Initiatives later this year, with a list of proposed initiatives published for public comment in late 2018.  NACWA will stay actively engaged with EPA during this process and will inform members when the public comment period begins.