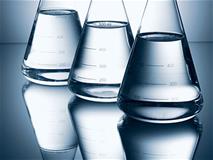 August 16 on EPA’s proposed Strengthening Transparency in Regulatory Science rule. NACWA asserts in its comments that the Association and its members have long advocated for objective, evidence-based science to serve as the foundation for any EPA action, including the many Clean Water Act regulations that guide the management of wastewater and municipal stormwater in the United States. The comment letter also stresses the need to increase transparency during the regulatory process wherever possible.

The proposed rule, however, lacks clarity and it is difficult to ascertain what the rule seeks to achieve. The proposal is unclear as to whether EPA is interested in greater transparency across all of its programs and activities or just certain ones, and also on what the long-term implications would be if changes were made. NACWA’s comments recommend additional dialogue with EPA due to the proposal’s ambiguity and express interest in continued engagement with the Agency on this important issue.