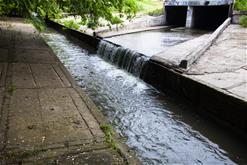 EPA concluded that “the pollutants of concern are exposed to stormwater at CII sources and that there are sufficient data available to demonstrate that stormwater discharges are contributing to water quality impairments.” However, EPA denied the petition because “existing programs are underway to adequately address the impairments.” These permits did not directly regulate discharges from the CII sources.

The environmental activist groups then brought litigation alleging (1) a failure to perform a nondiscretionary duty under the CWA pursuant to the citizen-suit provision; and (2) in the alternative, arbitrary and capricious agency action in violation of the Administrative Procedure Act. The court dismissed the first claim, but not the second one.

EPA argued in the case that whether to invoke RDA is entirely discretionary. However, the court disagreed on the extent of EPA’s discretion, finding that once EPA determines that a stormwater discharge contributes to a violation of water quality standards, EPA’s discretion is limited to (1) requiring NPDES permits for the discharges or (2) enforce CWA Section 301(a)’s total prohibition of the discharge of pollutants.

The court also found that EPA had considered an improper factor in rejecting the petitions, noting “EPA does not point the Court to a provision of the [CWA] that indicates that EPA may consider whether other federal, state, or local programs adequately address the known stormwater discharge contribution to a violation of water quality standards,” and “EPA acted arbitrary and capricious in denying Plaintiffs’ petition by considering a factor ‘divorced from the statutory text’ in its denial.”

The case is likely to be appealed and NACWA will continue to monitor and report developments. For more details, see the Summer 2018 Legal Update.
Back To Top
When autocomplete results are available use up and down arrows to review and enter to select.
Join NACWA Engage™ Careers Contact Us