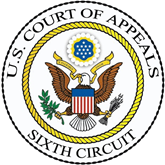 (August 7, 2018) - A three-judge panel of the U.S. Court of Appeals for the Sixth Circuit heard oral arguments on August 2 in two cases involving the direct hydrologic connection theory of liability (DHC theory) under the Clean Water Act (CWA): Kentucky Waterways Alliance v. Kentucky Utilities Co (KWA) and Tennessee Clean Water Network v. Tennessee Valley Authority (TVA).  The two cases represent the latest development in ongoing litigation in several circuits throughout the country involving the DHC theory, with petitions for writ of certiorari to the US Supreme Court expected to be filed in cases from the Ninth and Fourth Circuits this fall.

The two cases both involve allegations by environmental groups that the seepage of pollutants from coal ash ponds through groundwater into hydrologically connected surface water, prompting the Sixth Circuit to conduct a joint oral argument before the same panel.However, the cases have significant factual differences that may result in differing resolutions.  The TVA case involves a suit brought in April 2015 by two environmental entities, alleging liability for contamination of groundwater with coal ash from the TVA’s operation of its Gallatin Plant that eventually reaches the Cumberland River via groundwater. The lower court held that discharges to state-regulated groundwater require NPDES permits if the constituents end up in jurisdictional surface waters under the CWA, and following a trial, the court required the elimination of the source of pollutants by requiring that TVA fully excavate the site rather than complete a closure in place as permitted under the Resource Conservation and Recovery Act (RCRA).  TVA appealed the decision to the Sixth Circuit.

The KWA case involved a decision by the lower court dismissing the environmentalists’ claims arguing that discharges from a coal ash pond that eventually migrated to a nearby lake violated the CWA.  The district court rejected the DHC theory, finding that adopting this theory would subject a variety of non-point source pollution to CWA regulation simply by going up the causal chain to find some initial point of discharge, and would effectively read the point source requirement out of the CWA.  The environmental plaintiffs, KWA, appealed the decision to the Sixth Circuit.

At oral argument, both TVA and Kentucky Utilities (KU) argued that coal ash ponds are not point sources and that the issue is not whether the discharges should be regulated, but which statutory scheme should apply.  Counsel for TVA noted that RCRA is designed to account for the specific type of discharge at issue in these cases in that the statute defines “disposal” to include discharges of pollutants that reach groundwater and navigable water, pointing out that Congress specifically acted to pass a law that addresses these types of discharges under RCRA not the CWA.

Judge Julia Smith Gibbons, a George W. Bush appointee, pressed counsel for KWA for an explanation of why it was necessary to impose CWA requirements on the discharges where RCRA was designed to regulate the specific discharges at issue.  Judge Richard Suhrheinrich, a Reagan appointee, similarly questioned counsel for Tennessee Clean Water Network regarding the interaction between the two statutes.  Questioning also focused on whether the coal ash ponds, or the subsurface channels through which they reached surface waters, could constitute point sources for purposes of CWA liability.

By contrast, Judge Eric Clay, a Clinton appointee, focused on the remedy imposed on TVA, questioning why anything other than total excavation would be sufficient when the district court specifically found that was the proper remedy.  Judge Clay also focused on the fact that the discharges are not the result of geologic features, but  are instead the result of manmade construction that contributes pollution to navigable waters.