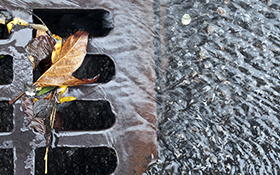 (July 24, 2018) - NACWA’s Stormwater Management Committee held a conference call with members on July 18 to discuss a several issues of concern to stormwater managers.

NACWA’s Director of Legislative Affairs, Kristina Surfus, provided a national legislative update and discussed several stormwater related issues being discussed on the Hill, including the Stormwater Funding Task Force and funding issues with the Clean Watersheds Needs Survey. Surfus briefed members on the US Government Accountability Office’s study on the Army Corps of Engineers ability to comply with federal stormwater runoff requirements as part the Water Resources Development Act (WRDA).

The conference call also included a litigation update on the ongoing Massachusetts and New Hampshire Small MS4 General Permit which went into effect on July 1, and a preview of a septic system study getting underway on Georgia’s Lake Lanier.

The issue of whether MS4s can be required to inspect septic systems was discussed as well. Septic tanks and an MS4s obligation to inspect these systems via “windshield surveys” as part of a municipalities Illicit Discharge Detection and Elimination (IDDE) requirement is becoming an increasingly hot topic issue for some small municipalities in Oregon, and the committee discussed concerns over this becoming a larger issues nationwide.