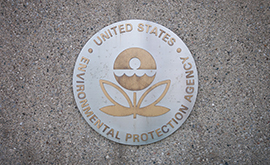 NACWA’s Blending Workgroup held its initial call on July 12 to discuss EPA’s planned development of a rule to address the management of peak wet weather flows with blending.  The Workgroup discussed the history of the issue and EPA’s planned process for the rulemaking.

EPA announced the rulemaking in April during Water Week 2018, and the Agency is planning roundtable discussions this fall to gather initial stakeholder input.  A formal request for comments and a public listening session are expected in early fall, prior to the publication of the proposed rule.  The government’s Regulatory Agenda lists July 2019 as the target date for a proposal.

The Agency’s previous attempts to provide clarity on blending were never finalized, and the practice has been handled inconsistently across the country ever since, with EPA headquarters asserting that blending should be handled as an illegal bypass.

In 2013, the US Court of Appeals for the Eighth Circuit decision in Iowa League of Cities v. EPA struck down EPA’s regulation of blending, stating that the Agency was imposing regulation without notice and comment, and illegally requiring secondary treatment of flows within the treatment plant.  EPA has applied this decision only within the Eighth Circuit, and although NACWA requested—in comments last year on regulatory reform—that the decision be applied nationwide, EPA does not seem inclined to do so, opting instead for a more formal rulemaking to address the issue.

Additional NACWA members are welcome to join the Workgroup to help formulate the Association’s input and comments for the rule.   Please contact Cynthia Finley, NACWA’s Director of Regulatory Affairs, if you would like to participate.