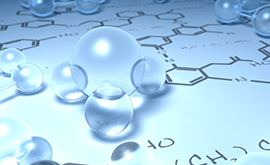 (May 30, 2018) - NACWA continues to evaluate EPA’s Strengthening Transparency in Regulatory Science proposed rulemaking published April 30. NACWA’s initial concern was the short, thirty-day comment period EPA initially established, so the Association filed a joint request with several water sector groups May 23 requesting additional time to review the rule. EPA has granted an extension and comments will now be due on August 16. EPA plans to hold a public hearing on the rule on July 17.

NACWA and its members have long advocated for objective, evidence-based science to serve as the foundation for any EPA action, including the many Clean Water Act regulations that guide the management of wastewater in the United States. The Association has also stressed the need for increased transparency during the regulatory process wherever possible.

The April 30 proposed rule appears to seek additional transparency in certain aspects of EPA’s rulemaking process, but the rule lacks clarity and it is difficult to ascertain what it seeks to achieve and what the long-term implications could be. NACWA discussed the rule with its Water Quality Committee on May 16 and plans to discuss it further with the Association’s water sector partners and EPA before filing comments. Members with questions can contact Emily Remmel, NACWA Director of Regulatory Affairs and Outreach.