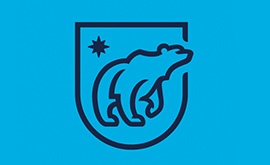 (May 22, 2018) -- The Natural Resources Defense Council (NRDC) has released a new issue paper, Go Back To The Well: States And The Federal Government Are Neglecting A Key Funding Source For Water Infrastructure, that urges states to ramp up use of loan guarantees and issuance of bonds to help close the gap between identified wastewater and drinking water infrastructure needs and available federal funding.

Released on May 15, the document also calls on Congress to triple appropriations for the clean water and drinking water state revolving funds (SRFs) from a current level of $2 billion to $6 billion annually.  Additionally, it requests Congress to allow states that increase the funding of their SRFs to provide additional subsidized assistance in order to meet the needs of low-income communities and catalyze investments in projects that are currently underrepresented in SRF portfolios.

The report notes that 28 states have leveraged $43 billion through bond sales since 1987 for the clean water SRF, but 75 percent of all bond revenues come from just nine states: New York, Massachusetts, Michigan, Ohio, Texas, Indiana, New Jersey, Connecticut, and Missouri.

It is similar for the drinking water SRF, where 22 states have leveraged $8 billion through bond sales since 1998. New York, Massachusetts, Ohio, Oklahoma, Michigan, New Jersey, Indiana, Kansas, and Iowa have issued 75 percent of that amount. There are 28 states that have done no bonding.