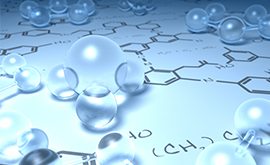 The comments were submitted in response to a February 20, 2018 Federal Register notice requesting comments on the EPA’s previous statements regarding whether point source discharges through groundwater that has a direct hydrologic connection to jurisdictional surface water may be subject to regulation under the Clean Water Act (CWA). The Agency requested comments on whether it should clarify previous statements on the issue, and if so, how this clarification should be accomplished (e.g., rulemaking or through other means).

While EPA has not taken a consistent position on the issue, the Agency has made statements in recent years that point source discharges that travel to surface water via groundwater with a direct hydrologic connection are subject to the CWA under the National Pollutant Discharge Elimination System (NPDES) regulations (the DHC theory).

NACWA’s comments focus on not whether, but how these discharges should be regulated, arguing that the DHC theory is not supported by the text or history of the CWA, and that discharges to groundwater are regulated under other federal and state environmental statutes better suited to address the issue.  The comments point out the impracticability of applying the end-of-pipe NPDES program to the diffuse and innumerable sources that would fall within the DHC theory.  The comments also provide a critical perspective on the potential implications for NACWA members, including citizen suit liability for discharges and infrastructure that has never previously required an NPDES permit.

The DHC theory is currently being considered by every branch of the federal government. There is ongoing litigation pending in several federal courts, and the Senate Environment and Public Works Committee held a hearing on the issue in April. NACWA testified at the hearing.