NACWA Testifies on Groundwater Liability Under the Clean Water Act 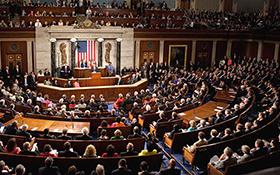 The question of whether a discharge of pollution to groundwater triggers Clean Water Act (CWA) liability is now being examined by all three branches of the federal government.

The Senate Committee on Environment and Public Works held a hearing on April 18 entitled, “The Appropriate Role of States and the Federal Government in Protecting Groundwater” to inform Committee members on the issue in light of conflicting regulatory interpretations and federal judicial decisions, and EPA’s recent request for comment on the “direct hydrologic connection” interpretation. The legal decisions in the Ninth Circuit’s Hawaii Wildlife Fund v. County of Maui case, and the Fourth Circuit’s Upstate Forever v. Kinder Morgan, both held that there is liability under the CWA for such discharges.

NACWA was invited to testify at the hearing as a key stakeholder due to the potential implications on clean water agencies and the fact that two NACWA members have already been sued under this theory of liability. (See NACWA’s Written Testimony).

NACWA explained that the main issue is not whether releases to groundwater that reach surface water should be regulated, but how such releases are regulated. Proponents of the direct hydrologic connection theory argue that discharges reaching jurisdictional waters are prohibited, unless permitted under the CWA Section 402 National Pollutant Discharge Elimination System (NPDES) permitting system.

However, Congress foresaw that an NPDES permit is not always the solution to address pollutants that reach navigable waters.  The CWA itself contains other tools, including total maximum daily loads (TMDLs) and nonpoint source management programs.

In addition, there are other federal environmental laws that are better designed and are currently utilized to address releases of pollutants into groundwater including the Safe Drinking Water Act (SDWA); the Resource Conservation and Recovery Act (RCRA); and the Comprehensive Environmental Response, Compensation and Liability Act (CERCLA). Most importantly, states may adopt more stringent requirements, and all 50 states have adopted laws and regulations that prohibit or regulate the release of pollutants into groundwater.  The Association of Clean Water Administrators also testified and explained the states’ role to the Committee.

NACWA fully supports a strong regulatory framework to protect water resources. But such regulations must be grounded in statute and consistent with congressional intent under the CWA. The direct hydrologic connection theory fails to meet this standard and threatens to hamper public clean water agencies in carrying out their critical public missions.  Moreover, using the ill-suited NPDES permitting program to regulate discharges that are better addressed by other federal regulatory programs or state law will have a ripple effect of hindering projects with greater environmental benefits.

NACWA intends to file comments with EPA, which are due on May 21. The Association welcomes input from members. Questions should be directed to Amanda Waters, NACWA’s General Counsel.