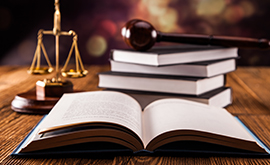 (April 3, 2018) - The US Court of Appeals for the Ninth Circuit denied, on March 30, a Petition for Rehearing en banc that was filed by NACWA Member Agency the Maui County Department of Environmental Management in the Hawaii Wildlife Fund v. County of Maui litigation.  On March 8, NACWA joined a large group of national and California county, municipal, and water associations to file an amici brief in support of rehearing.

Denial of rehearing was anticipated – of the estimated 1,500 requests for rehearing each year, the Ninth Circuit grants rehearing in only 15-25 cases a year.  It is more noteworthy that the court used the Petition for Rehearing process to amend its February 1 decision to attempt to bolster its legal analysis and conclusions.  In that decision, the Ninth Circuit held that Maui violated Clean Water Act (CWA) Section 301 by discharging pollutants from a point source that eventually reach a CWA jurisdictional water via groundwater, without a CWA Section 402 National Pollutant Discharge Elimination System (NPDES) permit.

The timing of the Court’s amendments is interesting given the February 20 Federal Register notice published by the EPA requesting comments on the Agency's previous statements regarding whether point source discharges through groundwater that has a direct hydrologic connection to jurisdictional surface water may be subject to regulation under the CWA.

The Ninth Circuit’s ruling may have far-reaching implications including an expansion of the universe of sources subject to NPDES permit requirements, and increased exposure to citizen suit enforcement.  NACWA is currently participating in two other groundwater liability cases pending in the Second and Fourth Circuits.

The County of Maui has 90 days from March 30 to file a petition for review with the US Supreme Court.

Additional details on the decision are available on NACWA’s Litigation Tracking web-page, and in the Clean Water Current’s March 13 and February 20 issues.