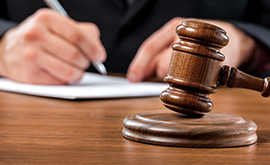 (February 27, 2018) - The U.S. Supreme Court declined last week to review U.S. Court of Appeals for the Ninth Circuit decision that addressed the oversight process of EPA over state-issued NPDES permits and APA final agency action.  In the case, -- Southern California Alliance of Publicly Owned Treatment Works (SCAP) v. EPA, litigated April 12, 2017 --  a group of municipal clean water agencies sought to challenge an EPA letter objecting to state-issued draft NPDES permits (“Objection Letter”).  The letter came after Los Angeles Water Board (“the Board”) submitted draft permits to EPA for review, to which EPA Region 9 responded with the Objection Letter in September 2014.

While NACWA was not involved in this challenge, the Association has been tracking the case closely. There is now precedent from the Seventh, Eighth, and Ninth Circuits holding that EPA’s objections to proposed state permits are not functionally similar to denying a permit, and that the CWA “does not contemplate federal court review of state-issued permits.”   Even so, EPA permit objections are often a concern for NACWA members, particularly when the objections allow the Agency to circumvent the rulemaking process and require states to establish permit terms based on guidance.  NACWA will continue to track this issue and consider opportunities to challenge this practice where appropriate.

NACWA is involved in closely related pending litigation challenging the inclusion of the Test of Significant Toxicity (TST) for WET in several permits as a result of EPA’s pressure on state agencies to adopt the TST. The applicable regulations do not identify TST as an acceptable methodology and EPA has not gone through the rulemaking process required by the Administrative Procedure Act. NACWA and other stakeholders have raised significant technical questions about the validity of TST, which will result in an increased cost to members to undertake the additional replicate samples necessary to reduce the likelihood of being found in violation.