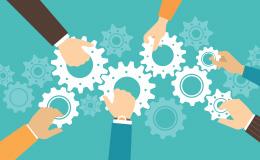 (February 20, 2018) - More than 40 NACWA members from around the country convened by conference call February 14 to discuss whether to seek changes to EPA’s Maximum Achievable Control Technology (MACT) standards for sewage sludge incinerators (SSIs).

The Association challenged the final standards, issued in 2011, but the resulting court decision left the rule intact with a mandatory compliance date in 2016. Utilities were forced to comply with the rule, despite several areas that the court remanded to EPA to address.

On the conference call, NACWA’s SSI members heard from NACWA’s outside counsel on two potential options for engaging the Trump EPA to seek a more favorable policy determination on which section of the Clean Air Act SSIs should be regulated under, and to address the remanded provisions of the rule. Though the court’s decision and resulting remand do leave the door open to potential changes, both options would require significant resources and are not guaranteed to provide significant relief to utilities, since they are already complying with the rule.

A third option discussed would put NACWA into a passive, defensive posture to ensure the current rules are not made more stringent through legal challenges from the environmental NGO community in the future. NACWA is seeking input from its SSI members on next steps.

SSI communities that were unable to participate on the call can contact Chris Hornback, NACWA’s Chief Technical Officer, for more information and a recording of the call.