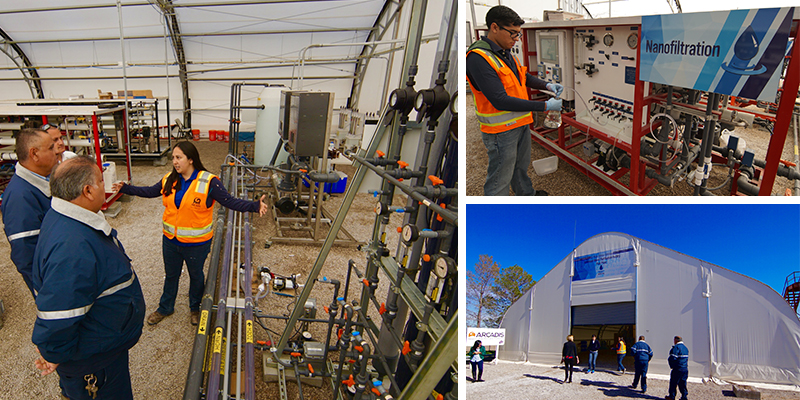 In the Southwest, a perfect storm of rising temperatures, persistent drought, and growing populations has pushed water managers to consider new approaches to providing clean water for their customers. El Paso Water is at the forefront of this transition with their innovative slate of water reuse projects. In particular, the Advanced Water Purification initiative features a “pipe-to-pipe” system that is wholly unique to North America.

The months leading up to 2013 paint a dire picture: Moderate to severe drought threatened nearly half of the country, especially the West. El Paso Water had a long history with water reclamation dating back over 30 years, but managers knew they needed something new to overcome future river drought cycles and expected growth. So, they set their sights on establishing one of the few direct potable reuse systems in North America. While many cities across the country utilize indirect potable reuse to bolster groundwater supplies, direct potable reuse faces significant barriers, including operating costs and public perception.

Utilizing a four-step process that includes membrane filtration and disinfection, El Paso Water constructed a pilot facility to demonstrate the efficacy of its advanced water purification process. According to representatives of the utility, the full-scale facility will yield up to 10 million gallons per day of highly treated water available to the public. While the Texas Commission on Environmental Quality (TCEQ) mandated the pilot project and extensive water quality testing of the pilot as a condition of permitting a full-scale project, the pilot facility provided other key insights that will shape the design and further development of the project.

As part of the pilot program, El Paso Water sought to gauge public opinion for the advanced water purification facility. Often cited as “toilet to tap” projects, there is a lot of misinformation about the DPR process. After polling more than 300 visitors to the facility, however, El Paso Water found that a majority of its population already supported the project. In fact, around 90% of people polled before the tour were in support of the facility. Interestingly, of the roughly 10% who disapproved or were not sure, after touring the facility 84% of them changed their opinion. After an eight-month trial period, TCEQ gave El Paso the green light to begin the design phase of the project. However, El Paso Water still has a few remaining hurdles before the project can become fully operational.

In addition to testing public scrutiny or support, El Paso worked with the National Water Research Institute (NWRI) to establish an advisory board made up of individuals of varying backgrounds, including engineers, scientists, and water quality and public outreach experts. The advisory board issued several recommendations to be considered during the next steps of the project. Board recommendations included specifically targeting outreach to stakeholders in the medical and industrial sectors, improving the water quality of the raw water feeding the Advanced Purification project, and providing multiple barriers for nitrogen removal. Looking ahead, El Paso Water is currently working to get an accurate estimate of the costs of the project before setting a definite timeline. However, the utility is confident the plant will be operational within the next decade due to population growth and changing environment.

NACWA commends El Paso’s commitment to changing the paradigm of the clean water utility. To learn more about the advanced purification system, take a look at El Paso Water’s project page for videos and more.