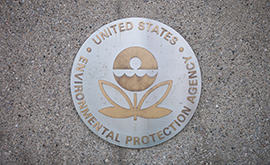 (January 23, 2018) – NACWA members were briefed by EPA staff January 19 on the latest draft of an Agency screener questionnaire on nutrient removal. Since 2016, EPA has been developing a multi-year study to evaluate the removal of nutrients by conventional secondary treatment plants.

The first phase of the study involves sending the screener questionnaire to every wastewater treatment plant in the country. EPA had planned to use its authority under Section 308 of the Clean Water Act to compel utilities to respond to the survey, but after comments filed by NACWA and concerns raised by NACWA staff and its Board of Directors with EPA during the final days of the Obama Administration, the Agency abandoned the use of Section 308 in favor of a voluntary survey.

NACWA members have been working with the Agency to refine the screener questionnaire since early 2017 in hopes of reducing the burden of the now-voluntary survey. It was unclear what the Trump Administration might do with the survey, but the political leadership at the Agency has approved of this first phase. EPA has now reached the final step before fielding the survey – a formal Federal Register Notice seeking comment on the proposed information collection to gain White House Office of Management and Budget approval for the survey.

During the January 19 call with EPA, the Agency provided an update on the status of the study and what the next steps will be before they field the screener questionnaire.  EPA staff also responded to questions and comments from NACWA members. EPA expects to distribute the survey in April and has already secured the commitment of the states and the National Rural Water Association to help in getting the word out. Some states have indicated to EPA that they will be pushing hard for of their utilities to respond.

NACWA plans to develop comments on the latest draft of the survey by the January 29 deadline and encourages interested members to review the survey as well.  Members with questions about the survey can contact Chris Hornback, NACWA’s Chief Technical Officer.