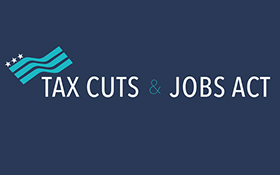 Just before closing out the 2017 calendar year, the 115th Congress and President Trump secured their first major legislative achievement by signing the Tax Cuts and Jobs Act into law on December 22. The bill saw a whirlwind legislative process – less than 2 months passed between when the House introduced its bill and when the final bill was signed into law. The bill will undoubtedly impact local communities in many ways which are just starting to be fully analyzed and taken into account.

NACWA is very pleased outcome and we thank each of our members that took the time to reach out to their Congressional delegation to help us in sharing the message on municipal bonds for water.  We also want to thank all the other groups in the water and municipal sectors that fought hard to preserve municipal bonds.

Unfortunately, Congress did move forward with repealing advancing refunding bonds. Historical data obtained by NACWA and collaborating organizations found that between 2012 and 2016, there were 941 instances of advance refunding of tax-exempt municipal bonds for water and wastewater infrastructure investments, saving a total of at least $1.36 billion for local communities and ratepayers. The advance refunding repeal went into effect January 1st and eliminates this cost-saving opportunity both for newly- and previously-issued municipal bonds. This significant change was placed on bond issuers with no grandfathering or transition period.

As the full impact of the tax reform package takes shape over the coming months and Congress explores possible changes to the bill, NACWA will aggressively look for opportunities to reinstate the use of advanced refunding.  We will also stay engaged with the broader municipal finance and water sector community in this effort.

As always – and particularly given the speed with which tax reform advanced – NACWA’s thanks our members for engaging on preserving municipal bonds.  Thanks especially go to NACWA’s Finance Workgroup and other members for providing quick input on how the advance refunding repeal will impact your communities. This was very helpful for NACWA and our fellow water sector associations. As tax reform is implemented, please don’t hesitate to bring to our attention other impacts for clean water agencies.