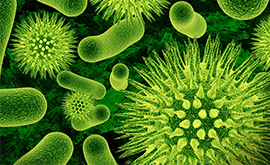 (December 5, 2017) - NACWA and the Wet Weather Partnership filed an amicus curiae brief December 1 in the Anacostia Riverkeeper v. Pruitt case.  The litigation involves the District of Columbia’s promulgation of water quality standards for E. coli as a geometric mean, and in particular, the plaintiffs challenge to EPA’s position that waste-load allocations need not be expressed as “daily” limits in order to comply with total maximum daily loads (TMDLs). Instead, the complaint argues that the DC bacteria TMDLs must include applicable daily loads that are sufficient to ensure compliance with the District’s “free from” narrative criterion.

NACWA’s brief argues that daily load expressions in TMDLs are not intended to override state water quality standards expressed on a non-daily basis, such as the District’s monthly geometric mean for E. coli, and that the daily waste-load allocations expressed in TMDLs are not intended to serve as maximum daily permit limits on individual dischargers.  The brief also provides a critical national perspective on the negative impact that a decision in favor of the plaintiffs would have on NPDES permits nationwide, as well as on clean water utilities.  Any members with questions about this litigation may contact Amanda Waters, NACWA’s General Counsel.