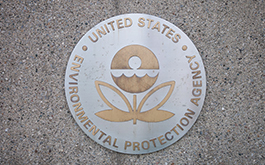 (November 21, 2017) - NACWA joined with several other water sector organizations this week in a letter to Congressional Appropriators reiterating several important funding asks for the federal Fiscal Year 2018 (FY18) budget. The letter reflects requests that NACWA and other groups have been advocating for throughout the year. Finalizing FY18 Appropriations will be one of Congress' top priorities after Thanksgiving.

While the House completed work on its FY18 Appropriations Bills in September, the Senate Appropriations Committee finally released its FY18 Interior & Environment funding proposal on Nov. 20.  NACWA is happy to report that the Senate’s proposal generally maintains funding for clean water programs around Fiscal Year 2017 (FY17) levels. While these levels will not address the full clean water investment gap, they are notably better than many numbers proposed this year by the President and the House for most water programs.

Overall, the Senate bill proposes that EPA receive $7.91 Billion. This level of funding is $400M greater than the House’s proposal, but still $150M below FY17 levels. In contrast, the President’s Budget originally called for a drastic EPA budget cut of several billion dollars.

The Senate’s proposal would maintain the State Revolving Funds at the FY17 funding levels of $1.394 billion for the CWSRF and $864 million for the DWSRF. The WIFIA program would receive $30M under the Senate proposal, which is level with the total amount received in FY17 but still less than the fully authorized amount.

Geographic Programs – originally zeroed out by the President’s Budget Proposal – would also be restored to FY17 levels, including $300M for the Great Lakes Restoration Initiative, $73M for Chesapeake Bay, $28M for Puget Sound, $8M for Long Island Sound, $4.8M for San Francisco Bay, $12.5M for the Gulf of Mexico, $8.4M for Lake Champlain, and $1.7M for South Florida. This is an important win for NACWA and its members, as the Association fought back hard against the proposed elimination of these programs in the President’s budget.

EPA’s Categorical Grants also fair better in the Senate than in the House; of note Sec. 319 Nonpoint Grants would receive $170.9M (level with FY17) while Sec. 106 Grants to States would receive $235.8M (a small increase). Lastly, the bill’s explanatory statement also includes a statement of Committee support for EPA’s use of integrated planning, including through the permit process.

The Senate bill was written by the Majority and will likely see little to no support from Democrats. The bill also includes partisan policy riders on contentious issues such as the Waters of the United States rulemaking. Democratic Appropriators responded to the bill’s release critically, outlining higher funding levels they would prefer to see.

Given this late point in the year, the Senate Appropriations Committee will not move to mark up the bill. Instead, the Senate proposal will guide negotiations with the House. The higher numbers in the Senate relative to the House bode well for maintaining consistent, if not increased, funding for clean water programs. However, the funding levels are also a clear reminder that – nearly one full year into the 115th Congress and the Trump Administration – the water sector and American public have yet to see the significant infrastructure investment package that was a centerpiece of the 2016 elections. NACWA and our partners across the sector continue to work with Congress to push for meaningful infrastructure investment package.

In terms of next steps on FY18 funding, since the start of FY18 on October 1st the federal government has been funded under a Continuing Resolution. That Resolution expires December 8th, and Congress will most likely pass another resolution before then to extend federal funding several more weeks – avoiding a government shutdown while buying them more time to finish negotiations. Eventually, Congress will likely finish negotiation and pass a final FY18 omnibus-type package before Christmas.

Passing another funding extension in early December also allows Congress more time to focus on tax reform, which remains the Republican leadership’s overarching legislative priority for the remainder of 2017. As reported in recent weeks in the Current, NACWA is concerned about changes to tax-exempt municipal bonds that have been included in House and Senate tax reform proposals, including a repeal of the ability for advance refunding. NACWA is continuing to engage with Congress in hopes of eliminating or modifying this provision, should tax reform advance.

NACWA will keep members informed of key developments as the process advances. Please reach out on these of any other funding and financing issues to Kristina Surfus, NACWA’s Director of Legislative Affairs.