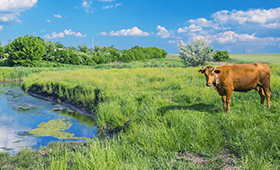 (November 21, 2017) - NACWA provided oral comments November 14, during an EPA listening session on the Waters of the United States (WOTUS) rulemaking. EPA is moving quickly with a two-step rulemaking process to first withdraw the 2015 Clean Water Rule and reinstate the regulatory regime that was in place prior to that rule; and second, to develop a new WOTUS definition.

The listening session, one of several the Agency has hosted over the last several months, was geared toward water, wastewater and stormwater managers, and sought their input on a range of questions regarding how EPA should define WOTUS in its upcoming proposed rule. The proposed rule is expected in the February to March timeframe of 2018. (Information on the call, including the presentation EPA provided, will be posted on EPA’s website).

NACWA’s comments focused on the need to preserve the “waste treatment exemption,” as well as the exemptions for stormwater control and water recycling features added by the 2015 Clean Water Rule. NACWA also stressed the importance of maintaining the exclusion for groundwater and the need to clarify that groundwater should not be treated as a point source under the Clean Water Act.

However, NACWA also noted that source water and watershed protection are critical issues for public water utilities, and encouraged EPA to ensure these concerns are addressed in the new WOTUS rule. The Association plans to submit written comments to EPA by the November 28 deadline and encourages members with specific or unique jurisdictional concerns to also submit comments. EPA Administrator Scott Pruitt wants to issue a final rule by the end of 2018.

In a related development, EPA Administrator Pruitt signed a proposed rule on November 16 to delay the effective date of the 2015 Clean Water Rule for two years from the date that the new action is finalized and published in the Federal Register. Originally scheduled to go into effect on August 28, 2015, implementation of the 2015 Clean Water Rule is on hold as a result of the Sixth Circuit’s nationwide stay of the rule, as well as a stay in 13 states due to a North Dakota district court ruling.

EPA is concerned that the nationwide stay may be affected by the Supreme Court’s pending decision, expected as early as January 2018, on whether the district or circuit courts have jurisdiction to hear challenges to the Clean Water Rule. While the Trump Administration is working to repeal the Clean Water Rule altogether, they will not be able to do so before the Supreme Court rules, leaving the possibility that the nationwide stay may be lifted and cause a patchwork of regulations across the country. EPA hopes to complete the new action to extend the effective date of the Clean Water Rule before the Supreme Court rules, thus avoiding any scenario where the 2015 could go back into effect. Once published, EPA will accept comments on the proposed rule for 21 days.