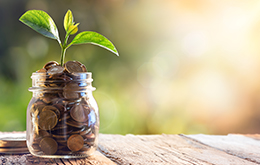 (November 14, 2017) - NACWA took part in a meeting, hosted by EPA on November 8, with intergovernmental partners that focused on two key water priorities for the Agency.  Lee Forsgren, EPA’s Deputy Assistant Administrator for Water, discussed the Agency’s work to advance infrastructure funding through the Water Infrastructure Finance and Innovation Act (WIFIA) program, as well as its effort to rewrite the Waters of the United States (WOTUS) regulations governing jurisdictional waters under the Clean Water Act (CWA).

On WIFIA, Forsgren noted that EPA is working to close its first loans under the initial round of funding for the program, which include 12 projects from around the country.  He also said that EPA is eager to get started on accepting applications for the second funding round, although he stipulated that this can’t happen until EPA’s future funding for WIFIA in Fiscal Year (FY) 2018 is clarified by Congress.  The Federal Government is currently operating under a short-term Continuing Resolution until early December, but EPA is hopeful a permanent budget will be agreed upon soon for the rest of FY18 that will include specific funding levels for WIFIA.  NACWA is working hard to encourage Congress to ensure robust funding for both WIFIA and the State Revolving Funds (SRFs) in ongoing appropriations discussions.

Regarding WOTUS, Forsgren indicated that EPA is currently pursuing a “two-step” process to repeal the 2015 rule and replace it with a new one.  EPA is working on responding to comments on the repeal component and anticipates the release of a final repeal rule in the first half of 2018.  The Agency also anticipates releasing a proposed new rule defining WOTUS within the same time frame.  Additionally, Forsgren announced that the Agency will be extending the effective date of the 2015 rule.  This is being done to ensure the rule does not go into effect if a ruling from the Supreme Court eliminates the current legal stay of the rule.