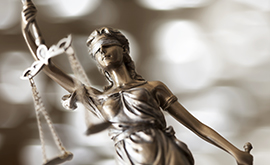 NACWA joined the National League of Cities, the National Association of Counties, and several industry groups to file a brief September 8 with the U.S. Court of Appeals for the Fourth Circuit in a case with important implications on the role of groundwater around Clean Water Act jurisdiction.  The appeal deals with a lower court decision that held a release of pollutants into groundwater that migrate to hydrologically-connected navigable waters does not violate the Clean Water Act (CWA).

The litigation involves a petroleum leak from an underground pipeline.  Plaintiffs filed suit alleging that (1) the pipeline is a point source under the CWA because pollution released from it made its way to waters of the United States via groundwater; and (2) Defendants violated the CWA by discharging pollutants into groundwater that is hydrologically connected to surface waters.

As articulated in NACWA’s brief, the relevant question for purposes of CWA liability is whether there is a discharge from a “point source” to navigable waters. A discharge from a point source into groundwater that eventually reaches navigable waters does not trigger CWA Section 402 liability. Instead, the point source must be the direct source of the discharge to the surface waters. The National Pollutant Discharge Elimination System (NPDES) is designed to be an “end-of-pipe” program where pollutants can be effectively monitored and reported to permitting authorities; it was not designed to regulate discharges to groundwater regardless of whether that groundwater is hydrologically connected to surface water.

NACWA believes there are other mechanisms better suited to regulate soil and groundwater pollution (e.g., CWA nonpoint source programs, CERCLA, RCRA, SDWA, state regulatory programs, state tort claims, etc.). The release of pollutants from a point source may require an NPDES permit under certain circumstances even if it is not directly into navigable waters. However, those circumstances exist only if the pollutants discharged from a point source pass through conveyances in between the source of the pollutants and the navigable water.

This “conduit theory” of liability is popping up in CWA litigation across the country with alarming regularity, with most courts confusing the Waters of the United States (WOTUS) jurisdiction test with the point source test. One such case is Hawaii Wildlife Fund v. County of Maui, pending in the Ninth Circuit. NACWA filed an amicus brief in the Maui litigation, which is set for oral argument in October. NACWA acted strategically with the Fourth Circuit filing to attempt to get a circuit split in the event the Ninth Circuit ruling is adverse to NACWA members’ interests.