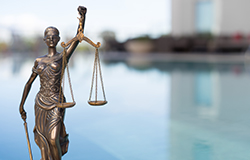 The U.S. Court of Appeals for the First Circuit issued an order August 24 transferring the challenge to the small municipal separate storm sewer system (MS4) permit for New Hampshire to the D.C. Circuit, where a suit regarding the MS4 permit for Massachusetts is already pending.  EPA requested the transfer due to the similarity of the permits themselves and the issues raised in the challenges, both to avoid conflicting decisions from the federal circuit courts and to continue settlement discussions to address the issues in both permits.

In June, EPA Region 1 issued a formal postponement of the July 1 effective date of the general National Pollutant Discharge Elimination System (NPDES) permit for small municipal separate stormwater systems (MS4s) in Massachusetts.  The delay postponed the effective date of the permit until July 1, 2018, to allow for judicial proceedings and suggests that EPA would like to explore a possible settlement.  The postponement memo explained that delaying implementation of the Massachusetts permit will allow the parties to explore alternative dispute resolution in both cases, and to align requirements and effective dates for both states.

In March, the NACWA Board approved the filing of a joint amicus curiae brief in the litigation challenging the Massachusetts permit in cooperation with The Wet Weather Partnership, to provide an important national perspective for issues crucial to municipal separate stormwater systems.  The litigation is currently stayed pending consolidation of the two appeals and continued settlement discussions.  More information about the Massachusetts permit and the litigation can be found on NACWA’s litigation tracking page.