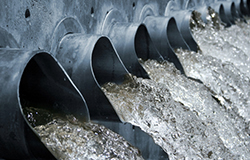 In separate actions in the August 28 Federal Register, EPA announced a series of teleconference meetings to gather input on the development of its new definition of Waters of the United States (WOTUS) and published its Methods Update Rule, which had been held up by the administration change.

EPA plans to hold ten teleconferences to hear from stakeholders on their recommendations for revising the definition of WOTUS in advance of the Agency releasing a new proposed definition. Nine of the teleconferences will be tailored to specific sectors, including the water sector. The call for stormwater, wastewater management and drinking water agencies is scheduled for Tuesday, November 14, from 1:00-3:00 pm ET.

Information on how to register for each of these meetings is available on EPA’s website. The Federal Register notice also contains information on how EPA will select individuals/organizations to provide verbal recommendations on the calls, time limits, etc. EPA set a deadline of November 28, 2017, to provide written comments during this pre-proposal input/feedback process. NACWA plans to participate in the water sector call and is working with its committee leadership and Board on the appropriate input to provide in writing.

Also in the August 28 Federal Register, EPA published its final Methods Update Rule. The rule had been caught up in the regulatory freeze put into place on inauguration day. After review by the administration, the rule was approved and published. NACWA commented on the proposed rule and is reviewing the final rule to determine how its comments were addressed.