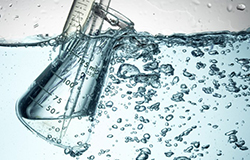 In one of the most extensive studies of pesticides in streams to date, the US Geological Survey (USGS) found more than 180 pesticides in 11 Midwestern states, with an average of 52 pesticides detected in each of the 100 streams sampled.  A total of 1,200 samples were collected over a twelve-week period in 2013.  In about half of the streams sampled, at least one pesticide was found at levels higher than the threshold predicted to cause harm to aquatic insects and other stream organisms.  The levels were not high enough to be toxic to fish in most streams.

The pesticides predicted to contribute most to toxicity were three used in agricultural herbicides (atrazine, acetochlor, and metolachlor) and three used in both agricultural and residential settings (imidacloprid, fipronil, and organophosphate insecticides).  NACWA, in conjunction with the Bay Area Clean Water Agencies (BACWA), has been informing EPA of the impacts of residential-use pesticides, such as imidacloprid and fipronil, through comments on the Agency’s risk assessments and registration reviews, and through follow-up conversations with EPA staff.  NACWA has submitted comments on imidacloprid, pyrethroid insecticides, and spinetoram, including information about how fipronil, which is used in similar applications, is transported into the wastewater system.

This USGS study bolsters NACWA and BACWA’s claims that pesticides are not just a problem in California, since the residential pesticides are used all over the country.  NACWA will continue to provide input to EPA on its risk assessment and review of pesticides of concern to clean water agencies.  NACWA member agencies with concerns about pesticides are asked to contact Cynthia Finley.