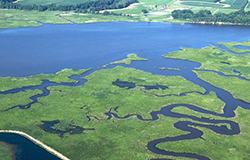 FWW challenged nine specific provisions in the renewed permit. Michael Foods filed a motion to dismiss asserting that all nine challenged provisions are substantially identical to the 2012 permit and the legal standards have not changed.  Michael Food’s motion further argued that the appropriate time for FWW’s objection was in 2012. The relevant federal and Pennsylvania state laws, along with the Chesapeake Bay TDML and Pennsylvania’s nutrient trading program, were all in effect before the 2012 permit was issued. Further, the circumstances have not changed since the original permit was issued. Because FWW had the opportunity to address these provisions in 2012, Michael Food asked the Board to dismiss the petition.

Without explanation, FWW withdrew the appeal before the Board addressed the motion to dismiss. The advocacy organization’s objective in challenging the permit had nothing to do with the individual discharger, but rather was the initial attempt to curtail water quality trading throughout the country on a permit-by-permit basis. NACWA has learned that FWW has already targeted another permit for an appeal that would not be barred by the administrative finality doctrine.

NACWA is committed to the preservation of trading as a valuable tool to achieving water quality improvements in the Chesapeake Bay watershed, and nationwide.  As a member of the National Water Quality Trading Alliance, the Association will continue to work with the Alliance to track and respond to future challenges. The Association will keep its members updated on developments.