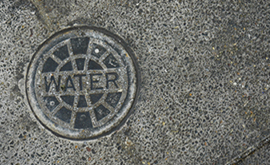 The newly released FY18 Presidential Budget Proposal provided additional – but very limited – detail on an Infrastructure Investment Initiative, which remains a stated priority for the Trump Administration. As proposed last week, the initiative would be jumpstarted with $5B in additional spending in FY18, toward a goal of a total of $210B in additional infrastructure spending over the next decade. This funding would be in addition to the funding levels detailed above for specific programs and agencies. The additional details provided last week did not clarify which types of infrastructure or what specific programs these additional dollars would funnel through, but WIFIA was noted, along with several other programs, as a model program that leverages private investment. The Infrastructure Initiative proposal focuses on leveraging non-federal dollars, encouraging 'self-help' by States and localities, and targeting federal investments toward high-value national projects.

That WIFIA was specifically noted in the proposal, coupled with the fact that the SRFs and WIFIA were maintained in the President’s FY18 budget proposal, suggests that the Administration may look to them as mechanisms for advancing additional infrastructure investment.

NACWA will be busy over the coming months ensuring that Congress understands and supports the federal role in helping fund and finance clean water. We encourage you to weigh in with your Members of Congress on the proposed budget and make clear what funding issues are of most importance to your utility and local community. Please contact Kristina Surfus, Director, Legislative Affairs, with any questions or concerns regarding this advocacy effort.