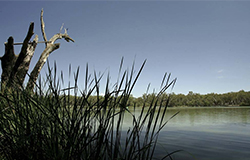 EPA’s Local Government Advisory Committee (LGAC) has been asked by the Agency to provide input into the ongoing effort to develop a new definition for Waters of the United States (WOTUS). EPA has initiated a rulemaking process to rescind and replace the Obama Administration’s Clean Water Rule, which some have argued casts too wide of a net to define what waters are under federal jurisdiction.

NACWA, together with other municipal groups including the U.S. Conference of Mayors, provided input to the LGAC during a May 18 conference call. NACWA stressed that its members are most concerned about:

EPA’s proposed rule rescinding the Obama Administration’s rule is now at the White House Office of Management and Budget for review. EPA is seeking comments from stakeholders between now and June 19, and NACWA plans to provide comments consistent with the input it provided the LGAC.  For more information, contact Chris Hornback, NACWA’s Chief Technical Officer.