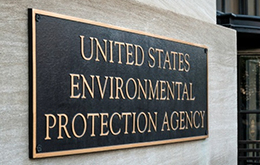 NACWA has been involved in a variety of meetings with top EPA officials recently to ensure that any regulatory reform efforts fully account for the public clean water agency perspective.

EPA held a meeting with its inter-governmental partners on April 26 to discuss the agency’s regulatory reform efforts. NACWA, the U.S. Conference of Mayors, the National League of Cities, the Environmental Council of States, and others – met with senior EPA officials from the Agency’s Office of Policy, Office of Congressional and Intergovernmental Relations, and Administrator Pruitt’s office on April 26 to discuss EPA’s ongoing regulatory reform efforts.

During the meeting, NACWA stressed that most areas needing reform are not discrete regulations that can simply be repealed. Instead, many of the issues are cross-cutting and involve both regulatory and statutory components. EPA officials assured meeting participants that this initial input process is just the first step in what will likely be a longer conversation on many issues, and that the Agency welcomes suggestions which may not conform to the guidelines in the Federal Register notice announcing the public comment period.  A member of Administrator Pruitt’s senior leadership team also expressed an interest in hearing where EPA implementation can be improved, for example, in ensuring greater consistency among regional offices.  NACWA will engage on those issues as well.

The public comment period seeking ideas an input into the initial round of EPA’s regulatory reform initiative closes on May 15, and a progress report is due to EPA’s Regulatory Reform Task Force by May 26. That progress report is likely to be mainly procedural – i.e., what steps have the program offices taken to gather input – since it will likely take several months to work through the submitted public comments and refine a list of recommendations.  NACWA, through its Regulatory Improvement Task Force, has been developing comments and will be providing comments and encourages members that are interested to provide comments from their local perspective as well.