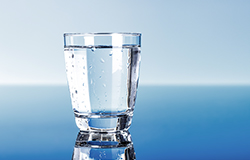 Sen. Jeanne Shaheen (D-NH) and Sen. Rob Portman (R-OH) introduced bipartisan legislation on April 24 aimed at improving federal efforts to identify and respond to the public health effects of emerging contaminants. The bill titled, “The Safe Drinking Water Assistance Act (S. 914)” was driven largely by concern over drinking water issues such as perfluorinated chemicals (PFCs) contamination in New Hampshire groundwater. The bill would establish a national strategy to coordinate federal response to emerging contaminants, encourage research, and provide guidance and resources to states. A summary of S.914 is available here.

NACWA staff was approached by members of the Hill during bill development, and provided insight into the state of the research needed. The introduced bill would develop an Emerging Contaminants Resources Database, which would be available to wastewater utilities and water associations, among other entities; but otherwise does not directly impact the clean water community. For more information, contact Kristina Surfus, NACWA Legislative Director.