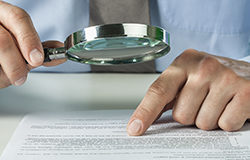 EPA is scheduled to file a response May 12 in litigation challenging the Agency’s efforts to impose certain testing requirements for whole effluent toxicity (WET) on dischargers without going through the rulemaking process required by the Administrative Procedure Act (APA). NACWA joined several California water organizations to file this litigation last December. EPA has pressured state agencies to adopt the Test of Significant Toxicity (TST), although the applicable regulations do not identify TST as an acceptable methodology, and despite the fact NACWA and other stakeholders have raised significant technical questions about the validity of TST.

NACWA is concerned that once the TST is used in California POTW permits, it will be more broadly applied in other states.  The litigation directly challenges the TST, the use of which carries with it an increased risk of false failures and higher incidence of alleged noncompliance and resulting enforcement. Furthermore, the litigation underscores that rulemaking without notice and comment violates the APA, stifles public participation, and harms POTWs as well as the public in general.  If members are aware of similar WET issues occurring in other states, please contact Amanda Waters, 202/530-2758, or Erica Spitzig, 202/533-1813.

WET requirements in California-issued permits was an issue in litigation recently dismissed by the U.S. Court of Appeals for the Ninth Circuit, which addressed the oversight process of EPA over state-issued NPDES permits and APA final agency action.  In Southern California Alliance of Publicly Owned Treatment Works (SCAP) v. EPA, a group of municipal clean water agencies sought to challenge an EPA letter objecting to state-issued draft NPDES permits (“Objection Letter”).  The Ninth Circuit did not address the merits of the arguments, but instead held that the Objection Letter was not subject to judicial review.  This precedent, while addressing a different procedural matter, could be taken into consideration by the court in the pending litigation when assessing final agency action under the APA.