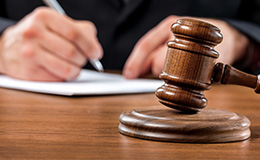 The U.S. Court of Appeals for the Ninth Circuit dismissed litigation April 12 filed on behalf of wastewater treatment plants arguing that EPA exceeded its authority when it objected to draft NPDES permits issued by the state of California, finding no final agency action subject to judicial review.

In Southern California Alliance of Publicly Owned Treatment Works (SCAP) v. EPA, a group of municipal clean water agencies sought to challenge an EPA letter objecting to state-issued NPDES permits (“Objection Letter”).  The letter came after Los Angeles Water Board (“the Board”) submitted draft permits to EPA for review, to which EPA Region 9 responded with the Objection Letter in September 2014.  SCAP contends that the original permits proposed by the Board were consistent with the Clean Water Act (CWA) and that EPA exceeded its authority in requiring water quality-based effluent limitations for WET, numeric effluent limitations, and daily maximum effluent limitations.

While NACWA was not involved in this challenge, the Association has been tracking this closely. There is now precedent from the Seventh, Eighth, and Ninth Circuits holding that EPA’s objections to proposed state permits are not functionally similar to denying a permit, and that the CWA “does not contemplate federal court review of state-issued permits.” Accordingly, in these circuits it is well established that federal courts may not review EPA’s objections to state-drafted permits.