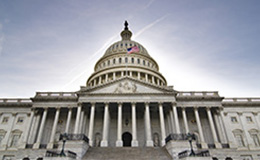 Testifying in support of the legislation was Mayor Richard Gray of Lancaster, PA, (Lancaster Public Works is a NACWA member utility), who discussed affordability challenges related to the city’s CSO [combined sewer overflow]control program, as well as the extensive green infrastructure program the city is implementing in order to reduce costs. The Senate EPW Committee is scheduled to report out the bill on April 5.

NACWA is a strong supporter of the bill, which mirrors language in the Senate’s Water Resources Development Act (WRDA) package from last year, and will continue to track the legislation’s progress as it moves forward.